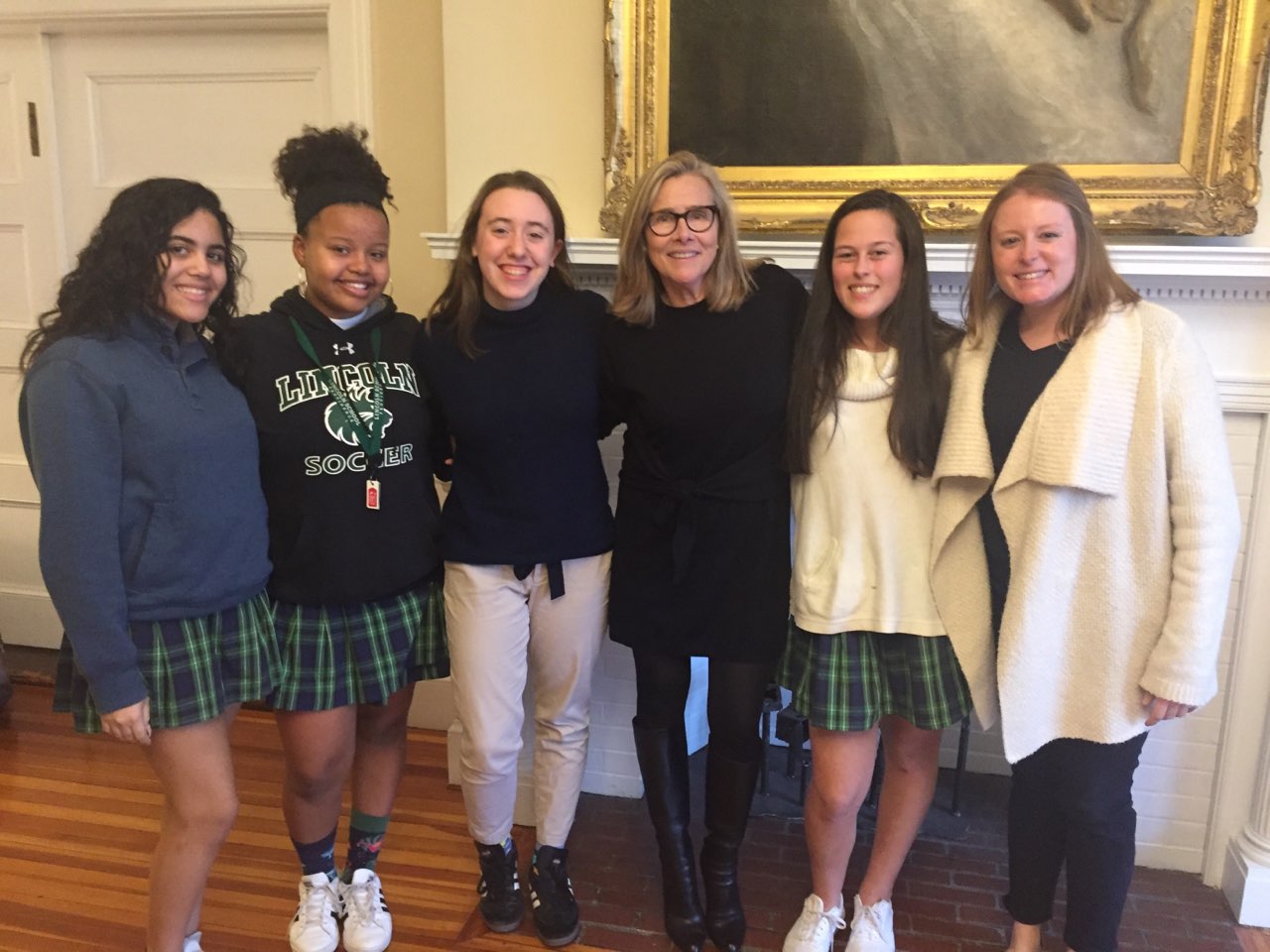 This article was originally published in The Plaid Post, a student-written and student-run publication with the mission of connecting Lincoln girls with what's happening monthly in the community and around the globe. It has been adapted slightly for The Green Light.

The members of The Plaid Post recently got a chance to interview one of Lincoln's most famous alumnae, Meredith Vieira '71!

Meredith Vieira grew up near Rumford, Rhode Island and attended Lincoln School from a young age. Today, Vieira is known for her presence on the Today Show and The View, as well as Who Wants to be a Millionaire and The Meredith Vieira Show.

After graduating from Lincoln, Vieira went on to Tufts University in Massachusetts to study a plethora of subjects. From theater major, to Math, to Astronomy, and then French, it seemed as though she was not set on what she wanted to do. Vieira told us, “By my junior year of college the Dean of Students told me if I planned on graduating with my class, I needed to declare a major. The only open slot left was English, so that’s what I went with.” By the end of her junior year, Vieira helped write and narrate a project for her peers in broadcast journalism. At the screening, the head of CBS pulled Vieira aside and offered her an intern position in Boston based on her incredible voice and her evident potential for the work. “He saw something in me that I didn’t even see in myself,” she says.

As an intern, Vieira would rip wires and give them to the broadcasters. There, she became a quick study, and her career began to take flight when she was offered a job in Worcester, MA where she could write and read her stories. While she was there, she was recruited by Channel 10 News in Providence. From there, she was discovered by a headhunter, and she moved to New York to begin her work with major network television. Vieira considers that she had a leg up from everyone else because of the writing skills she learned at Lincoln.

“It’s staggering to me that it was because I could construct an English sentence.” As her career moved forward, she really became a “student of the media” as she took tips from her surrounding broadcasters. She adds, “You want to be the next you, but you have to build upon what you admire in others.”

Vieira also comments on her success in journalism, “I think that part of my success has to be because of luck, but also what I did with that luck,” she says. “A lot of it had to do with being in the right place at the right time,” she adds. “At that time they wanted a lot of women and people of color to work, but they never expected us to succeed. The good thing was, I worked 10 times harder than anyone else because I had a point to prove.”

Prior to our interview, Meredith Vieira screened her production, Tower, to the entire Upper School. The film focuses on the victims of the University of Texas mass shooting on August 1st, 1966. The film brought a unique perspective to a covered-up story. The creative animation and the captivating stories brought attention to an event that was left buried in the past.

Interviewing Meredith was sure to be one of this group's favorite school moments. Watch this video to find out what Meredith's favorite Lincoln memory was!