Each fall, we pause to recognize the incredible
and inspiring achievements of our alumnae with
three Alumnae Awards, all presented during
Alumnae & Reunion Weekend.

Given to an alumna in recognition of continuous support and significant service to Lincoln School. It honors the alumna who has accepted responsibility in a variety of ways, demonstrated a loyalty to the School and a desire to perpetuate its commitment to excellence in all areas of education for young women. 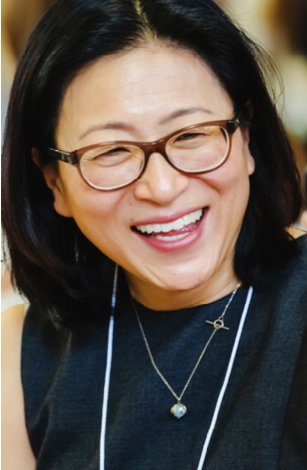 Mih-Ho Cha Neenan ’81 is a 14-year vet of Lincoln. She graduated from Brown University with a bachelor’s degree in Psychology.

Mih-Ho served as the President of the Alumnae Association from 2017-2019 where she also sat on the board of trustees. In her leadership role, she showed members of our alumnae network the value of the Alumnae Association and, most importantly, that each and every alumna is important and welcome. She led our board with grace and confidence while modeling Quaker values and inspiring us to serve others. Mih-Ho currently lives with her husband in Boston, Massachusetts where she draws on her expertise to provide strategic advice for individuals, companies and organizations. She also volunteers as an ESOL teacher at Rosie’s Place, the country’s ﬁrst shelter for homeless and poor women, in Boston.

Recognizes an alumna whose life and accomplishments exemplify that inner light which the School has traditionally sought to foster. It honors an alumna whose contributions to the quality of life around her have made the world a finer, better place. 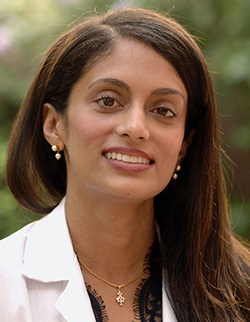 Alumnae Board president Catherine Syner Shaghalian ’96 nominated Teena for the Distinguished Service Award, which recognizes an alumna whose life and accomplishments exemplify that inner light which the school has traditionally sought to foster. She shared, “A few months ago, I happened to see an interview with Teena Shetty on an episode of 60 Minutes discussing trauma suffered by U.S. diplomats abroad in Cuba and China. During the interview, her position as a consulting neurologist for the New York Mets and New York Giants was also highlighted. I immediately remembered Teena from Lincoln. As a Lincoln alumna, I was incredibly proud to see a fellow alumna appear as an expert in her field on a national news program. I was also inspired by the work that she does as a neurologist, particularly with respect to concussions and traumatic brain injuries. Given her exceptional accomplishments in medicine and neurology, she is most deserving of this award."

In her work, Teena specializes in sports neurology, concussions, neuromuscular diseases, myopathies, peripheral neuropathy, intraoperative monitoring, and spine disorders. At the Hospital for Special Surgery, she is the founder and director of the Concussion Clinic. In addition to seeing patients, Teena is also an assistant professor of neurology at Weill Cornell Medical College.

A Fulbright scholar who received her medical degree and bachelor’s degree with honors from Brown University, Teena also attended Oxford University and then later the University of Cambridge, where she received her master of philosophy degree in medicine. Her residency was completed at Weill Cornell Medical College, New York-Presbyterian Hospital, and she received her fellowship training in neuromuscular diseases at Harvard Medical School, Brigham and Women's Hospital. Soon after, she continued her fellowship training at the Hospital for Special Surgery in neuromuscular diseases and intraoperative monitoring.

Teena is the mother of three daughters, Mia, age 8, and twins, Ila and Parvati, age 11. They’ve followed in their mother’s footsteps, and attend Brearley, a school for girls in Manhattan.

Recognizes an alumna who, through her college experiences and/or post-college employment and/or volunteer efforts, has demonstrated leadership, initiative, and service in an exceptional way. This alumna personifies Lincoln's mission of confidence, achievement, success, and a life long love of learning. 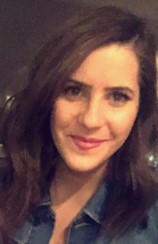 Andrea Rickey ’09 graduated from Harvard University with a degree in Psychology and Government, where she was also a member of the Radcliffe Varsity Heavyweight Crew. After graduating, Andrea moved to Pittsburgh to join Kraft Heinz in the Corporate Management Trainee Program.  During her time at Kraft Heinz, Andrea has led HR functions across the US and Canadian Businesses, including Talent Acquisition, Learning & Development, University Relations, Talent Management, and HR Business partner teams. Today, she is the Associate Director of People & Performance where she serves as the strategic partner for the Presidents and leadership teams of two US Commercial Business Units. In this role, she is responsible for the HR operations supporting 260 employees, across 4 geographies, and 5 functions, generating more than $10B in revenue for the organization.

Andrea currently resides in Chicago alongside classmates Abbey Canning ’09 and newest Chicagoan Corey Fitzgerald ’09. She’s an avid traveler, and is still cheering on the Lincoln Crew Team from afar. She previously served as a member of the Lincoln Alumnae Association. Andrea’s sister Lisa graduated in the Class of 2007.