Subscribe to Alerts
Set Your DVR for Spring of 2020: The Gene, An Intimate History 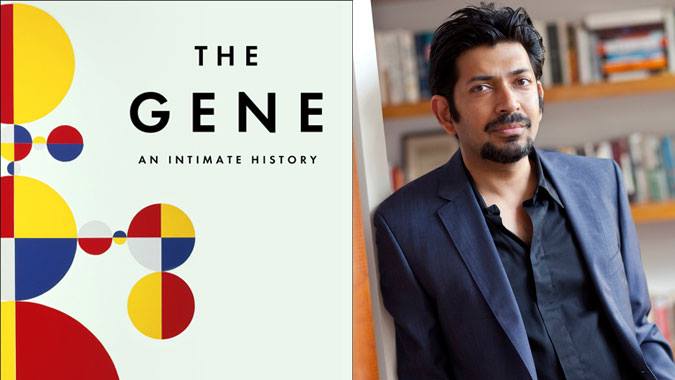 Have you ever wondered what you’re made of? Siddhartha Mukherjee, MD, has, and it’s the guiding question behind his latest book, The Gene: An Intimate History. This work from the groundbreaking doctor, writer, and researcher who will be speaking at Lincoln on October 18, is being made into a three-hour documentary series on PBS.

Set to debut in the Spring of 2020, the Ken Burns-produced program directed by Barak Goodman, marks a reunion for the author, producer, and director. Burns’ 2015 project, Cancer: The Emperor of All Maladies, was based on Mukherjee’s award-winning book of the same name.

The Gene is "very much the kind of detective piece I always (liked) in my work; it's asking the historical question of who are we as individuals," Burns said in an interview. "It's getting to the most atomic level of what existence means, and it's thrilling."

The book, which took Mukherjee six years to write, provides the framework for the series, which will weave together science, history, humanity, and biology into a portrait of the human genome. It will follow human understanding of the gene throughout time, from the earliest gene hunters to the race to understand the foundation of the genome, to the ethical and moral explorations of gene editing.

“It is truly an honor to be involved in this historic production,” said Mukherjee, also an assistant professor of medicine at Columbia University’s  Department of Medicine (Oncology), and a staff cancer physician at Columbia University Medical Center. “Genes influence our forms and our fates, our behaviors and choices, and the forms, fates, behaviors and choices of every living being. We are living in an era when humans are beginning to read and write this ‘code of codes’—our own code—with astonishing and unprecedented facility.

“Drawing elements from history, science, anthropology, ethics and medicine, this Ken Burns production will demonstrate how our understanding of genetics has evolved over the decades, and how deeply our future will be impacted by it. From the birth of genetics in the pea-garden of a modest monastery in Central Europe to the sweeping excesses of eugenics in Germany and the United States, from the stories of scientists who first discovered the structure of DNA to the recent attempts to change the genetic material of human embryos, from the identification of the first genes that cause human illnesses such as cancer and Cystic Fibrosis to the landmark experiments that led to the mapping of the human genome, this film will bring an immensely powerful and impactful science—and its enormous influence on culture—to life on the screen.”

To see Mukherjee discuss The Gene and other works in person at Lincoln School, join us on October 18 at 6:30 p.m. Reserve your seats today!

This free event, open to the public, is part of Lincoln’s Bold Voices Speaker Series and is presented thanks to the Alexis Allen Boss ’89 Endowment for Community Accord and Public Service.