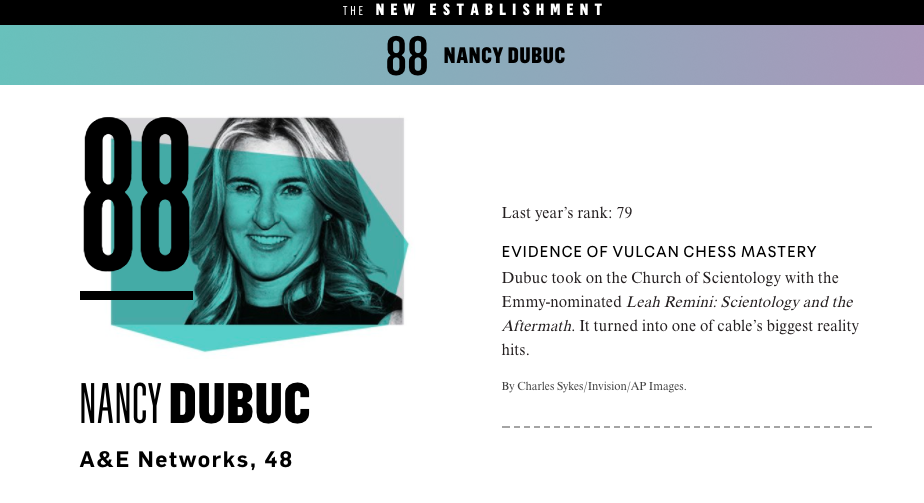 Nancy Dubuc '87, President and Chief Executive Officer of the A&E Network, was included on Vanity Fair's annual New Establishment list, which ranks the top 100 figures "who are setting the global agenda and leading the Age of Innovation."

According to Vanity Fair, in 2017 "it seems that everyone is in everyone else’s business, and the list foreshadows the coming battles as various industries, and the titans who captain them, increasingly weave together into one."

Dubuc lands at a solid #88 ranking, called out for her role in the Emmy-nominated Leah Remini: Scientology and the Aftermath, one of cable television's biggest reality hits of the year. Dubuc also scored a spot on last year's list, coming in #79 for both her reinvigoration of the A+E Network and her investment in the Viceland channel. Vanity Fair likened her to Abraham Lincoln because "he understood change is difficult, but persevered."