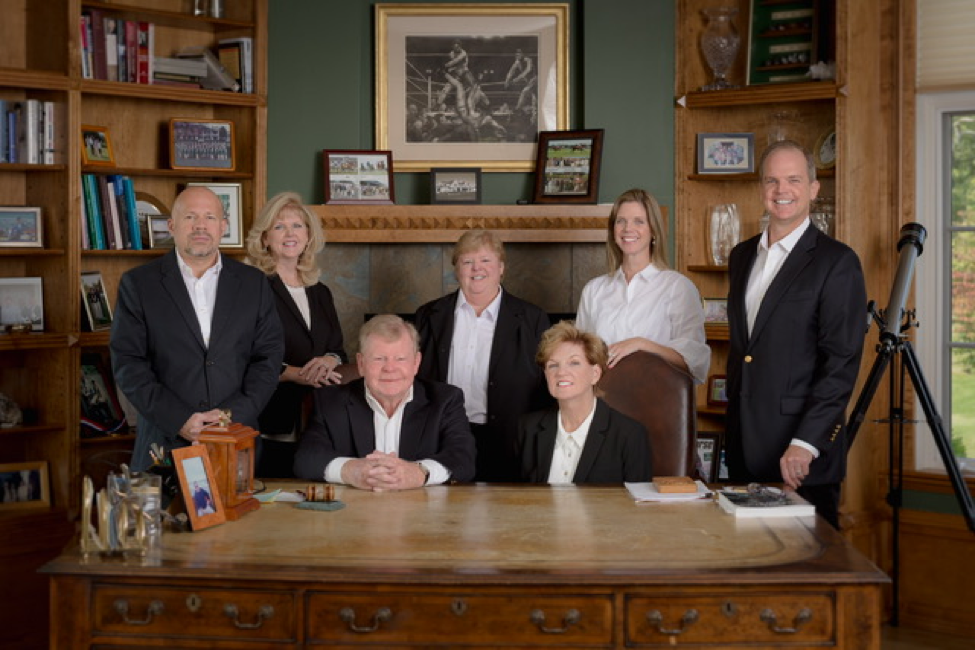 Lincoln School is thrilled to announce a $1 million commitment from the Murray Family Charitable Foundation. This contribution is the latest in the family's longstanding history of dedication to Lincoln School and a tribute to the three generations of Murray women who have graduated from the school.

“We deeply believe in Lincoln School’s mission, one that educates young women to succeed in and change the world,” said Paula McNamara ’80, president of the Murray Family Charitable Foundation and former chair of Lincoln School’s Board of Trustees. “It is our hope that this gift will help further the school's already outstanding academic program under Head of School Suzanne Fogarty’s leadership, and ensure that current and future Lincoln women can benefit from one of the best educational opportunities our state has to offer.”

The Murray Family Foundation was created by Suzanne ’58 and Terrence Murray to elevate and honor the people and institutions of the great state of Rhode Island. Suzanne was born and raised in Providence and after graduating from Lincoln met Terry at Harvard College. Terry went on to a long and successful banking career at Fleet Financial Group, and the Murrays have served on numerous local nonprofit boards for the last 50 years.

The Murray’s Lincoln roots run deep. The long line of graduates also includes Colleen Murray Coggins ’79, Megan Murray Craigen ’93, Maggie McNamara ’13, and Catherine Coggins ’16. They all learned a love of Lincoln through Suzanne. She has kept Lincoln School close to her heart, continuously demonstrating a commitment to the school's mission through her outstanding leadership and generosity. Suzanne served on the Board of Trustees from 1985 to 1998, and was its chair from 1992 to 1995. She also led the Lincoln School Alumnae Association as its president from 1981 to 1983.

The Lincoln Middle School is named after Suzanne Murray in recognition for her unparalleled commitment to Lincoln students—past, present, and future. The family also made a leadership gift to the renovation of the Murray Family Athletic Complex at Faxon Farm.

“We are so thankful for the Murray family’s generosity and steadfast belief in Lincoln School,” said Head of School Suzanne Fogarty. “This gift, and their history of support, make it possible to provide unparalleled academic experiences for our students, starting with our youngest learners and extending all the way through senior year.”

Half of the $1 million contribution is supporting Lincoln’s state of the art STEAM Hub for Girls project and the remaining gift will help kick off Lincoln’s next campus enhancement. This gift adds to Lincoln’s recent philanthropic momentum, which will be felt for many future generations.

“My mother and father believe in this great state and this remarkable institution,” said McNamara. “Our family is proud to bolster our commitment to Lincoln School and invest in the future of girls’ education in Rhode Island and beyond.”