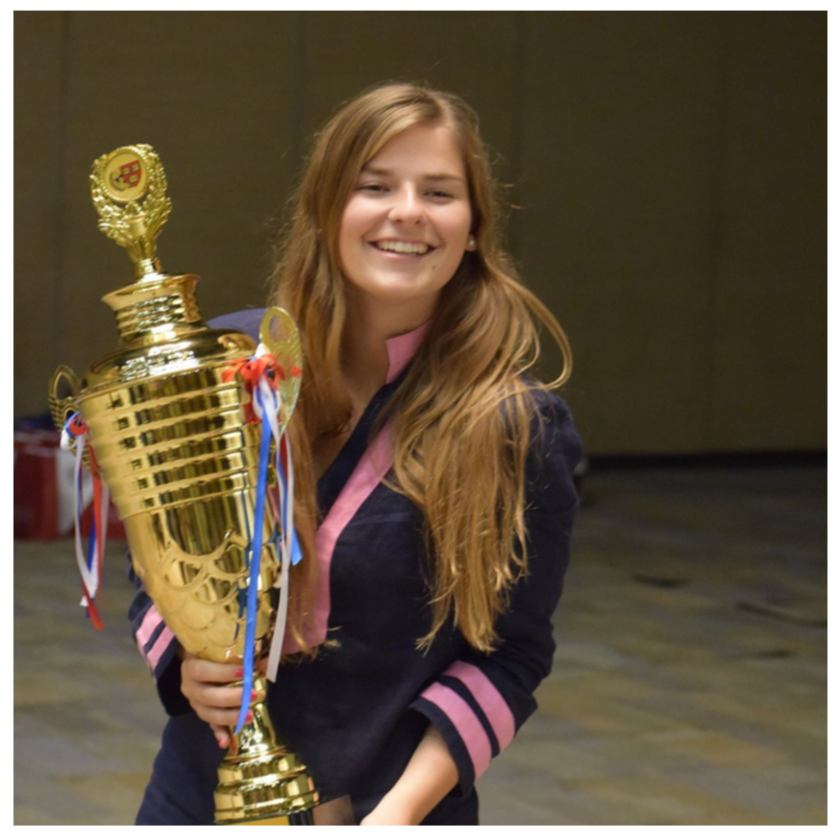 Lincoln School's Model United Nations team was recently ranked one of the top 100 teams in the country and featured in UNMOD, a magazine about all things MUN. Only in the fourth year of offering MUN at Lincoln, this ranking is a testament to the hard work the team has put in years past and present.

In addition to the Top 100 ranking, two Lincoln girls were named to the All-American MUN team: Lynn Villarica '18 and Sasha Landau '20! They joined two All-American classmates, Lily Martin '18 and alumna Alice Bennett '16, who was pictured in the magazine holding a competition trophy.

As stated in UNMOD, "Model United Nations has exploded in popularity throughout the United States over the past 10 years. An estimated 250,000+ students in every state take part in some sort of MUN simulation throughout the academic year, with over 250 conferences working to provide unique and insightful experiences."

Congratulations on this outstanding achievement!