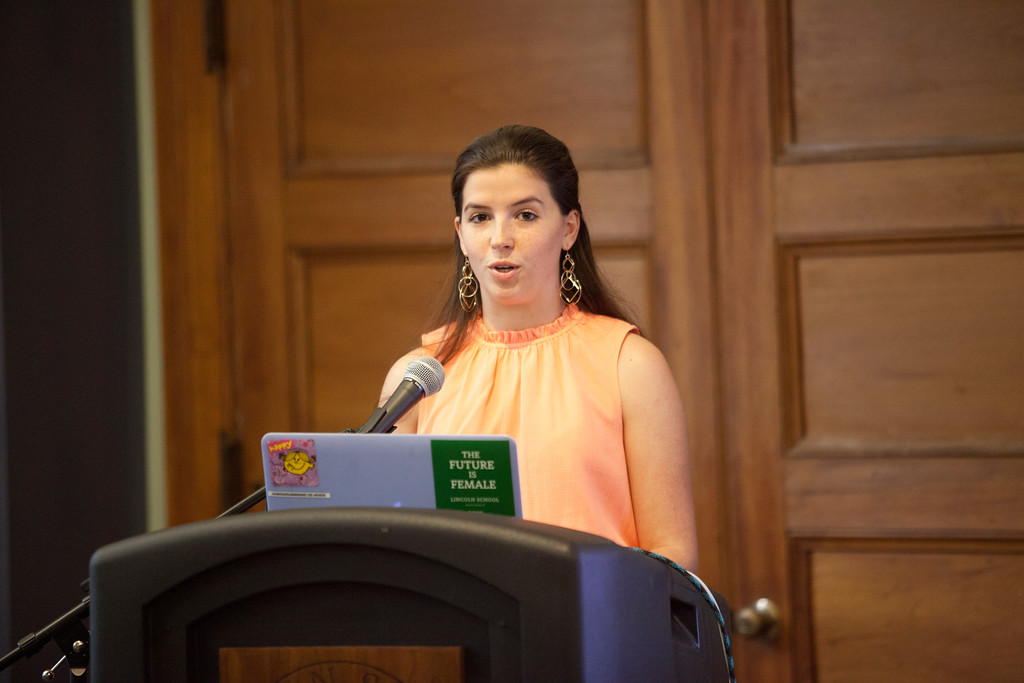 What do you do when you realize that social media might be making your generation antisocial? If you’re Meredith Sullivan ’17, you put down your phone and pick up a video camera.

One of the first 11 girls to complete the new Independent Study Program at Lincoln, a yearlong, self-directed course on a subject that inspires them, Sullivan chose to shine a spotlight on the effects that imagery and language in social media have on girls and young women.

“I use social media all the time, and after taking the time to notice how society treats girls and young women in advertising and media—focusing on their bodies, disregarding their minds, reducing them to sex objects—I began to see more and more evidence that girls were treating themselves like that by posting that kind of picture on their own accounts. It’s fascinating, but it’s also disturbing,” said Sullivan.

Head of School Suzanne Fogarty acted as Sullivan’s faculty advisor during the project, providing guidance that included recommending Girls and Sex by Peggy Orenstein and American Girls: Social Media and the Secret Lives of Teenagers by Nancy Jo Sales. Sullivan, also inspired by Commencement Speaker Madonna Badger’s #WomenNotObjects campaign and video (read more about that on page 9), interviewed classmates, teachers, and community members about their social media habits, opinions, and observations. She then created a 20-minute documentary, which combined her interview material with data she culled from a series of surveys of Upper and Middle School students. The first-time filmmaker shot, edited, and produced it all herself.

Some of its findings include:

But thanks to Sullivan, some of these statistics could be changing in the near future.

“It really got me to think differently,” said a classmate about Sullivan’s Independent Study.  “[By consuming social media as we do], unintentionally, we are normalizing the objectification of women and holding girls to a different standard than the accepted ‘boys will be boys’ rhetoric.”

Sullivan, who plans to continue studying this topic at Bucknell University, said, “I’m thrilled that my classmates are noticing their own social media habits and making changes. It’s too easy to become numb to what we see every day. As a direct result of this independent study project, I spend far less time on social media and I don’t post things for other people’s approval or consumption. If I choose to put something out there, I do it for me.”