Subscribe to Alerts
From The Lincoln Magazine: Tower of Strength 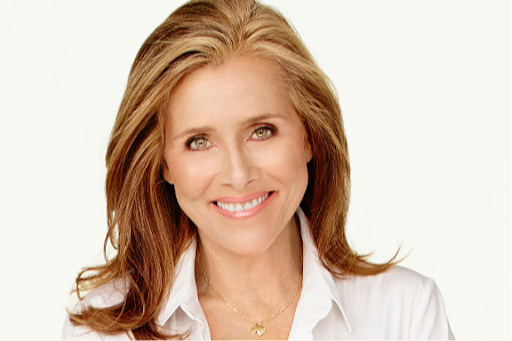 Meredith Vieira ’71 wants to talk to you.

As one of the nation’s foremost journalists and TV personalities, and more recently, the executive producer of the innovative documentary TOWER, one might be tempted to think she may not have the time or the inclination for an in-depth conversation, but that could not be further from the truth. “I am where I am today because I’ve been able to talk to such amazing people, and not just politicians or athletes or celebrities, but everyday people who have their own unique take on the world,” said Vieira during a visit back to Lincoln School in February. “When you can talk with someone, you can connect with them. And when you connect with them, you can understand them. Isn’t that all what we’re here on this earth to do?” Vieira, a native of Rumford, Rhode Island, and a Lincoln lifer from Nursery through graduation, was on campus to screen her film TOWER, a documentary directed by Keith Maitland, which examines the stories of the victims and survivors of the United States’ first mass school shooting, the 1966 tragedy at the University of Texas at Austin. “TOWER is an incredibly important story to tell, and I am very proud to be a part of it. The film’s purpose is to pay homage to the people that were on the ground on that terrible day. It isn’t about gun rights or politics—it’s about opening up the space for critical conversations. It’s a reminder that these issues are, at their core, human issues about real people,” said Vieira. “In my professional life, I am privileged to hear a variety of people’s stories. I love being able to be a facilitator who can share those otherwise untold moments with the world.” The critically acclaimed film, called “a powerful, emotional memorial,” by The Guardian, “an insightful, intense and intensely moving experience,” by Radio Times, and “easily one of the best films of the year,” by the San Francisco Chronicle, was a labor of love for Vieira, who recognized that August 1, 1966 was a day that changed the lives of many, and not just those on campus.

“When this tragedy happened, it was the first of its kind. And it changed the whole entire nation. We lost some of our collective innocence,” said Vieira. “I remember that so much of the news around this event was about the shooter, and not about the people who died, or helped, or had to suddenly learn to live without loved ones. These days, because this is, unfortunately, a more frequent occurrence, deaths are often spoken of in tallies and statistics. But numbers don’t have emotions. They simply cannot tell the whole story.”

During her campus visit, Vieira took the time to sit down and speak with members of The Plaid Post, a student-written and student-run publication with the mission of connecting Lincoln girls with what's happening in the community and around the globe. After screening the film, Vieira spent the afternoon answering questions on subjects ranging from her time at Lincoln to how she got started in her career, from the why and how behind TOWER to her thoughts on influencing national conversations, and continuing the dialogue with the young women around her.

“Lincoln is a perfect place to have important dialogue. As a school, it’s always been that way,” said Vieira. “You all know this, because you’re Lincoln girls, but it’s so important to have these hard discussions. That’s the point of the film—to get people talking. Don’t be afraid to get uncomfortable. Make some noise. Keep telling stories... Go off script and make real, human connections—that’s when you’ll find the most interesting things... Stay curious, and don’t give up.”

Vieira certainly hasn’t. She left Lincoln–with dreams of becoming a theater major–to attend Tufts University, where she tried on five different concentrations before selecting English in order to graduate on time. On a whim, she took a radio broadcasting class, and her final project was so good, a producer who heard it asked her: “What are you going to do after college?” She answered: “I have no idea!” And his reply was: “I do. You’re going to have a great career.”

Her career since has been one to celebrate, from being a reporter and anchor at WJAR-TV in Providence to hosting major network shows like The View, The Today Show, Who Wants to Be a Millionaire, and the recently premiered PBS documentary Incredible Aging: Adding Life to Your Years. Her eyes, however, are firmly affixed on the future, not just on where she is going, but on who will inherit the good work of telling the world’s tales.

“I had a leg up because of what I learned at Lincoln. And you all will, too. But remember—you don’t want to be the next me, or the next someone else—you want to be the next you. Take my email and use it anytime you like. I mean, don’t hide outside in the bushes or anything,” joked Vieira. “But if I can help young women like you succeed, then it’s better for us all."

“I’ve seen a lot of change. I’ve seen an industry evolve. And at my age, it’s easy to get discouraged about the state of things, but when I meet young people who are enthusiastic, optimistic, and smart, I think we’re going to be okay. After all, our future is up to you. But no pressure,” Vieira said with a wry smile. “You've got this. Your stories are just beginning.”

This piece was originally published in the Summer 2018 issue of The Lincoln Magazine.