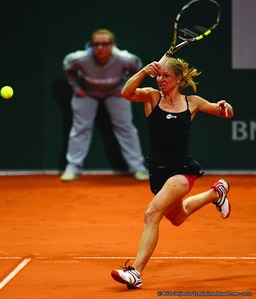 Tennis has been the one constant in Jill Craybas’ life, and the Lincoln School alumna, who was recently inducted into the United States Tennis Association of New England’s Hall of Fame, has known success at every level. She excelled as a junior player, earned All-America honors and won national championships with both the University of Florida and the University of Texas, represented her country in the Olympics and became a mainstay on the Women’s Tennis Association tour from the minute she turned pro.

The six-time WTA champion embodied the Lincoln ideals of drive and resilience throughout her 17-year stint on the tour, competing in 45 straight Grand Slams and maintaining a top-100 ranking for ten consecutive seasons. Today, she works as a broadcaster for BBC Radio, Live@Wimbledon and TV World Feed. She also nurtures the passion to play in young athletes, running USTA clinics and coaching high-performance junior players.